Get In The Herd Podcast

On Friday, Feb. 12th, 2021, McShin President John Shinholser spoke with Virginia Attorney General Mark Herring about the National Opioid Settlement Discussion with The Recovery Community and the creation of the Virginia Opioid Abatement Authority. They discuss the distribution of those funds allocated for recovery from substance use disorders. As it stands now, 70% of those funds must go to treatment and recovery, thus benefiting Non-Government Organizations (NGO’s) and Recovery Community Organizations (RCO’s) which it will provide needed assistance for these currently unfunded services. This was a historic and important discussion you don’t to want to miss!

Get In The Herd

Get In The Herd: After Hours

Get In The Herd Podcast

Host Alex Bond with Jeff Breedlove and Mike Todd discuss COVID-19 and the spike in overdoses.

Host Alex Bond with Tyler Thompson of Speakup About Drugs & Jeff Breedlove from the Georgia Council of Substance Abuse.

McShin Foundation CEO Honesty Liller, CPRS with Ryan Hamption and Garrett Hade, the Co-Founders of The Voices Project and AddictionXAmerica 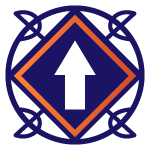