Bringing the hope of authentic peer-to-peer recovery to incarcerated individuals.

The McShin Foundation has started authentic peer developed and delivered recovery oriented systems of care for inmates volunteering as individuals needing recovery from Substance Use Disorders in several Virginia correctional facilities. The primary focus of these programs is to provide hope and recovery to those who need it and want it through continued personal contact from successful recovering people. 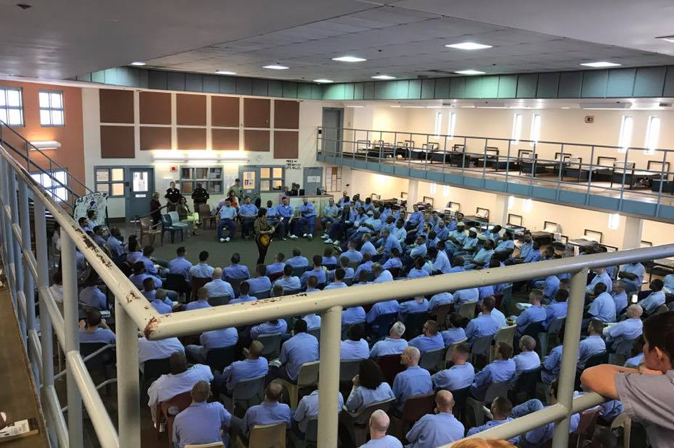 The McShin Foundation currently works with: 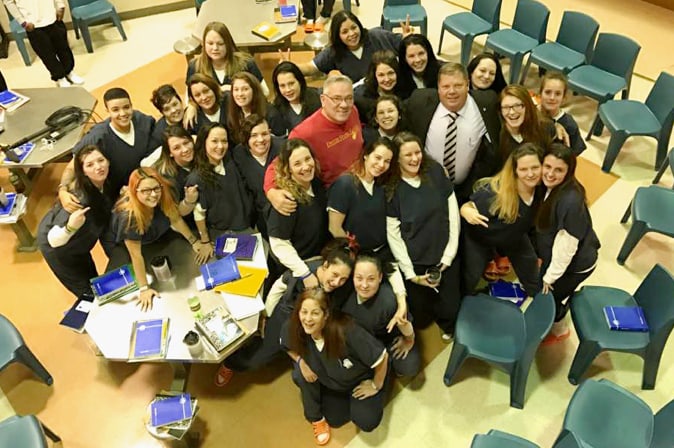 Six months in one of The McShin Foundation Jail-Based Recovery Programs will allow for the inmate to experience a true Recovery Oriented System of Care (ROSC). The cycle includes a 40-hour certification, 90 recovery or motivational videos, 200 speaker DVD’s, outside guests and speakers, daily schedule of activities and an appropriate transition following the completion of the six month cycle.

From Pamunkey Regional Jail (program start date: January 5, 2015): Since the inception of The McShin Foundation program, around 193 male and female inmates have participated in the program. Over the last two years, the inmates who participated in the program were tracked to determine if any had recidivated by returning to Pamunkey Regional Jail or any other jail within the state of Virginia. The following statistics were gathered from the jails’ records management system, JailTracker, and the Department of Corrections inmate management system, LIDS-CORIS: The PRJ recidivism rate for the McShin program is approximately 31% compared to 53% across the entire jail population. The percentage of The McShin Foundation program inmates who did not recidivate was 69% to PRJ and 66% to statewide facilities. 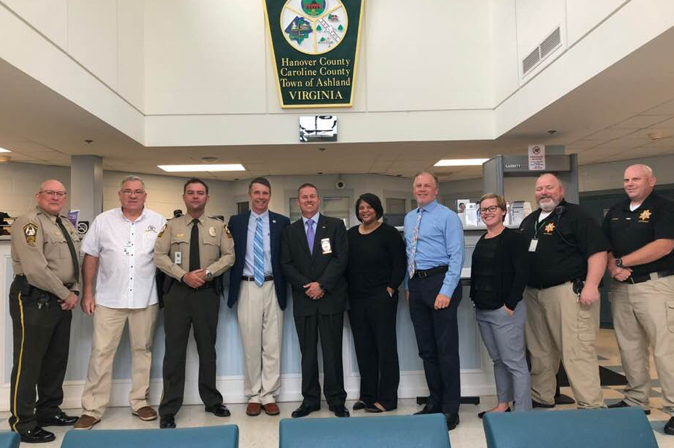 The McShin jail program (at RSW Regional Jail) was full of hope and gave me something to look forward to. It was a blessing and let me know I wasn't completely broken. I applied myself, chased after my recovery, and was fortunate to come to McShin's recovery housing when I got released. I now have the chance to go further than I even thought was possible. I feel freer now than I have in a long time.

When I came to jail I was completely hopeless and broken. The facilitators who came in suffered from the same disease I have and provided me with hope that I didn't think existed. I was able to build a foundation of recovery. The McShin Jail Program at Pamunkey Regional Jail not only saved my life, but changed my life.

The Pamunkey Program gave me a lot of hope when I was released. It made me feel more like a person and less like a number. The facilitators shed light on recovery options for when I got out, that's what gave me hope to get my life together.

Call us today to get started on your road to recovery.